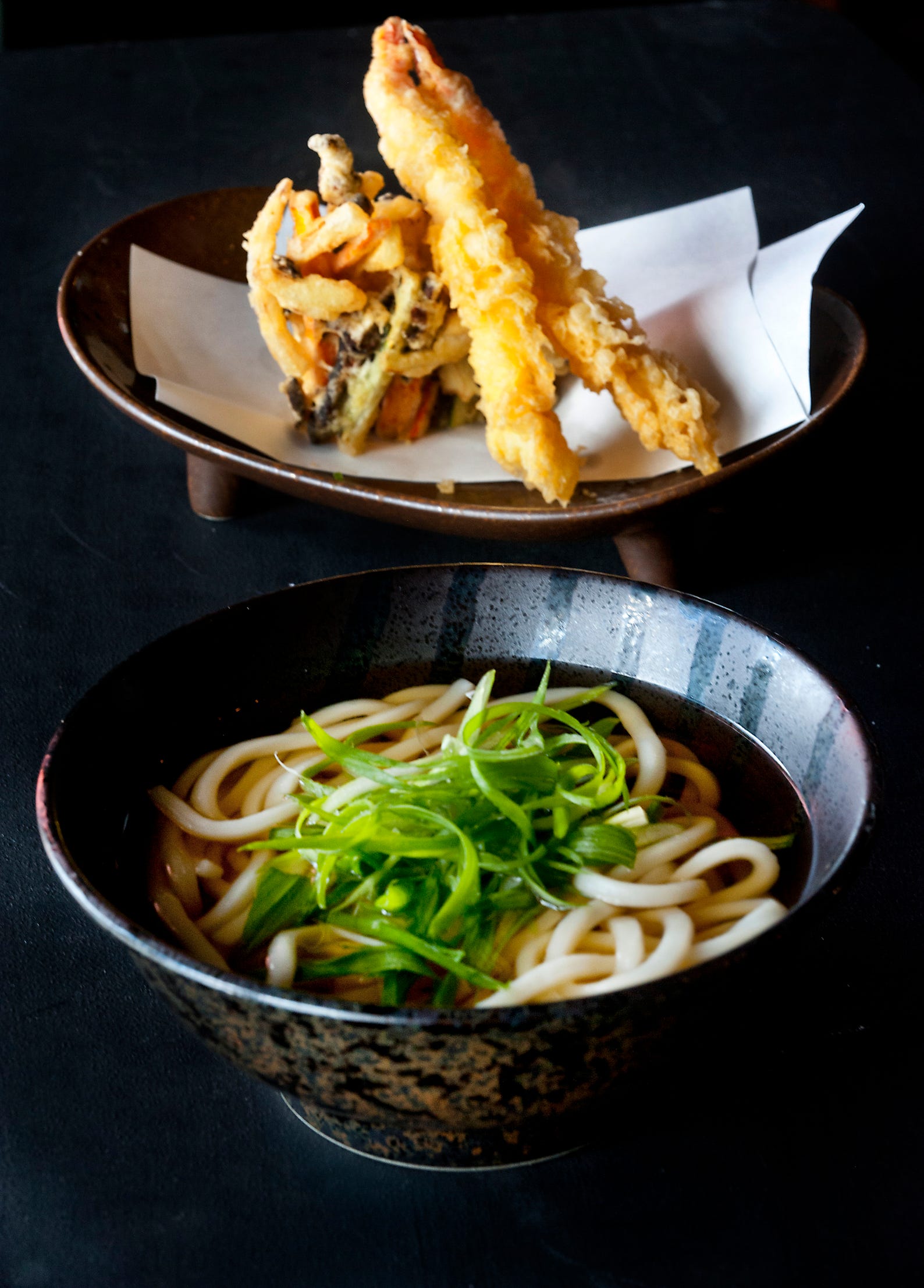 Salads
One of the most popular salad selections at Hiko-A-Mon is the seafood salad. The selection goes for $12 and features oriental lime dressing, lettuce, crab meat, shrimp, octopus, squid, salmon, and tuna. Another popular salad selection is the seafood Sunomono combination. This wonderful mix goes for $9.50 and features Sunomono, vinegar, assorted seafood, cucumber, and seaweed. For a traditional Japanese salad, try the seaweed salad or Switzerland, both of which go for $5.95.

If none of the above salad selections tickles your fancy, the Japanese-style potato salad just might. The salad selection goes for $7.50 and features predominantly Japanese-inspired Western cuisine with mayo dressing, prosciutto, onion, cucumber, and mashed potato. The daikon salad is also quite delightful. It goes for $7 and features mayo dressing, sour plum, bonito flakes, daikon radish, and boiled small fish.

Rice and Noodles
Hiko-A-Mon offers a unique approach to making rice and noodles, borrowing heavily from Japanese cuisine as well as other cuisines. The curry udon or wheat noodle in curry sauce goes for $12 and offers a delicious fusion of Indian and Japanese cuisine. The $22 Tekka-Don is also very popular at the restaurant and features raw tuna topped over sushi rice.

However, if you want to go All-Japanese on your noodles, there are a couple of selections worth considering.

Entrees
Hiko-A-Mon offers a rich selection of land and sea entrees served with salad and brown or white rice. Some of the most popular entrees include the Chilean sea bass, ahi tuna, ocean tilapia, yellowtail, salmon, and salmon and jumbo shrimp. These selections are usually accompanied by potato croquettes and sauteed seasonal vegetables. 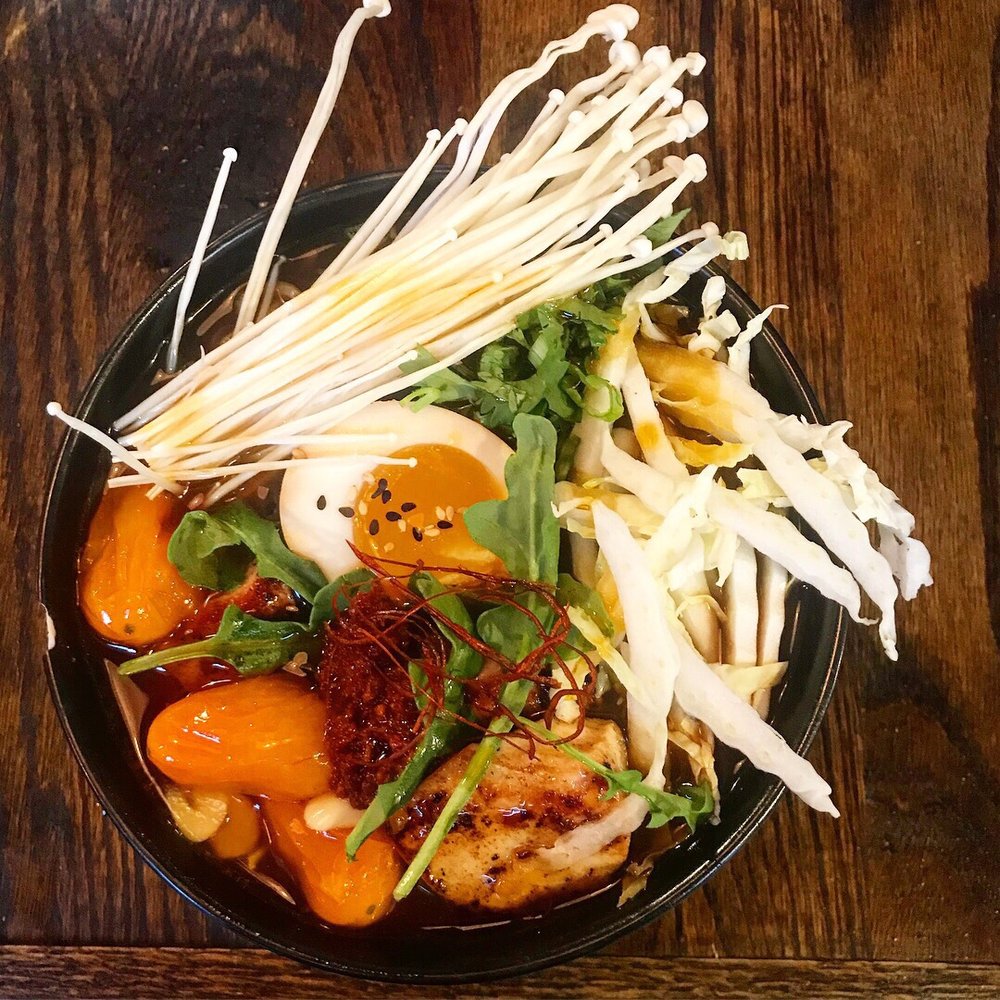 Fancy Japanese cuisine? Try the delicious fare offered at Hiko-A-Mon restaurant in Louisville, Kentucky. They are open for dinner and lunch most days. Drop by, order, or make a reservation at this one-of-a-kind Japanese-inspired restaurant. You are bound to fall in love with their delicious selections of soups, sushi, and more. While Hiko-A-Mon specializes in the more nutritious and lighter meals, their servings are very generous and provide a wholesome meal.

Hiko-A-Mon restaurant in Louisville, Kentucky offers a traditional Japanese experience with a contemporary touch influenced by South East Asia and European cuisine. The menu features contemporary Japanese fare alongside signature dishes inspired by classic Japanese restaurants in Kyoto, where Hiko, the restaurant’s head chef was born and raised. Hiko-A-Mon restaurant also offers a tasteful selection of red and white wines as well as Sochu and Siko. The restaurant atmosphere is neutral and welcomes couples, families, and singles. Hiko-A-Mon sushi bar can accommodate a maximum of 12 diners at a time. The location used to be a professional finance company, so the size makes sense.

Menu
Appetizers
Hiko-A-Mon offers a generous and delicious selection of appetizers. The Ankimo ponzu is an example of why Hiko-A-Mon excels as a Japanese-inspired restaurant. Ankimo ponzu is a classic Japanese appetizer featuring monkfish liver and ponzu sauce. It goes for $12 and is the best way to start your dining experience at Hiko-A-Mon. Another exciting option is the edamame and spicy tuna with lettuce wraps. This selection goes for $11 and features a refreshing combination of lettuce cup, edamame, and spicy tuna. The red snapper carpaccio is equally delightful. This selection goes for $12 and features e.v.o.o, sea salt, and yuzu-juice marinated Japanese red snapper.

If you are in the mood for a hot appetizer, then the restaurant’s spare ribs might do the trick. They go for $11 and feature bourbon teriyaki sauce and braised ribs with Woodford reserve. Edamame is another wonderful hot appetizer served at Hiko-A-Mon. It goes for $4.50 and features sea salt, steamed soybeans, and a beer. The gyoza goes for $5 and features Napa cabbage, pork, and seared Japanese dumpling. At only $8, the Agedashi-Tofu Kinoko-An offers an experience that you are likely to remember for the coming weeks. This delicious appetizer wonderfully blends the allure of mushrooms and tofu in bonito broth to create an irresistible combination.